School life is full of pressures in Japan. From an early age children learn that the university they get into will determine their success in life. Many universities have feeder high schools, which also have feeder jr. high schools, etc down to the preschool level. Parents who are forward thinkers concerning their children’s education work hard to get their children into the proper kindergarten (often starting at age 3 or 4) so their child will have the best chance to get into the “right” university. Because of this system, children may have already been labeled failures by the time they reach puberty.

Bullying or ijime is a common problem, making some students fear attending school. Often this behavior is overt and sometimes the teacher is involved as well. The scapegoat student, picked as different for whatever reason, has no recourse and no way of escaping daily verbal, mental, emotional, and sometimes even physical abuse. Exam Hell or juken in Jr. High and High School is well-known even outside of Japan because of television and investigative journalism.

The pressures caused by the educational system in Japan have not only led to a high suicide rate among Japan’s youth it has also led more and more young people to rebel against traditional society. Some forms of disobedience have been well-known for years, such as the bosozuku motorcycle gangs that roam city and country streets after midnight. But in recent years there have been at least four new trends among the youth in Japan that might be even more troubling than the open defiance of the bosozoku.

A new class of young adult called “parasite single” has emerged in Japan, especially in the major cities, most notably Tokyo where 25% of the nation’s 127 million population resides. These teens and young adults have grown up in an affluent society and have not lacked training or opportunity. Yet more and more are electing to drop out of society altogether. They typically live with their parents and grandparents and do not go to school or pursue any kind of career. Some of these may be simply rebelling against the structured and high-pressure lifestyle of their fathers. But others seem to have deeper problems, difficult to fathom and rooted in a kind of spiritual bondage.

In the 1980’s a new word was coined in Japan; the furita, which means essentially “free part-time worker.” Many youth, especially those who do not pass the rigorous college entrance exams required by popular universities, decide that they do not care about advancing in their career. They find that they prefer to work low paying part-time jobs and have free time to do what they want. This type of attitude is revolutionary in a society where image and social status are obtained largely by what school you graduate from and from which company hires you. According to Imidas, an annual Japanese-language publication that chronicles current trends and statistics in Japan, the number of furita in Japan ages 15 to 34 more than doubled from 1991 to 2001. In 1991, 10.1% of the Japanese work force fit into the category of furita. By 2001 this figure had risen to 21.2%. There is another type of parasite single which is even more troubling than the furita. There is a growing trend among young people today to simply lock themselves in their bedrooms and refuse to talk to anyone or go anywhere. Significant numbers of youth are refusing to go to school or to their job and are not only dropping out of society but of any contact with reality. This behavior has also prompted a new Japanese term; hikikomori. Tim Larimer of TIME magazine did an article on this phenomenon in the August, 2001 edition titled “Staying In And Tuning Out.” An excerpt from this article shows the seriousness of the problem:

They are called hikikomori, or people who withdraw, like a turtle into its shell, and one psychologist estimates there are as many as 1 million in Japan. Like other behavioral disorders, their condition has not been discussed openly. They don’t want anyone to know either, and if the parents do try to get help, the kids threaten to assault them or even commit suicide. So the parents keep quiet…
Some hikikomori live in isolation for years. Sadatsuga Kudo, director of a nonprofit center for hikikomori in the Tokyo suburb of Fussa, treated a young man who shut himself away for 19 years before he got help. Teenagers across the world go through angst, depression and withdrawl, to be sure. But in no other country does that condition appear so widespread – or so enduring. “You can’t pinpoint the reasons,” says Kudo. “But you can pinpoint the context: it’s Japan. Here, you have to be like other people, and if you aren’t, you have a sense of loss, of shame. So you withdraw.”
When you are different, Kudo contends, you take the logical step for self-preservation. You disappear.

Many youth in the world of the hikikomori spend all of their waking hours lost in a fantasy world of video games, animated movies called anime, or on the internet, interacting with others only through virtual personas. Even the older generation in Japan, especially in larger cities, has an obvious addiction to fantasy and escapism. A favorite pastime of the Japanese salaryman (company employee), for example, is reading manga. These thick comic books are almost an art-form in Japan but unfortunately many are filled with violence, sensuality and perversion. There are different types of manga written to target every age group in Japan. It is a common site to see people on crowded trains intensely reading and lost in the plot of their favorite manga, while the reality of being crushed into crowded commuter trains daily for hours at a time is blissfully ignored.

Another form of escape from a pressure filled existence is the Role Playing Game or RPG where players can assume the character of any type of creature he prefers, real or imaginary and get away with behavior which would never be tolerated in the strict Japanese society. RPGs are very popular in Tokyo and elsewhere in Japan. Most youth have a game console or a personal computer with a broadband internet connection and if the pressures of everyday life get too great, the temptation is to lock oneself away in one’s room and become hikikomori.

One of the most frightening trends among Japanese youth today is their fascination with violence and death. The suicide rate in Japan is epidemic. It is one of the highest suicide rates of any modern industrialized nation and is double that of the United States. In 2003 there was a suicide about every 15 minutes in Japan and there is no sign that the rising trend has slowed since that point. Statistically, in Tokyo one is five times more likely to die by his own hand than by a traffic accident. There are new types of suicide reported in the news media every year. Websites have been set up on the internet where those who are considering suicide can meet online and get information on various methods for ending one’s life. Recently a string of internet suicide pact deaths shocked Japan.

The highest rate of suicide is among the older generation and health and economic worries are widely believed to be the main causes. But the number of suicides among the youth is growing at an alarming rate. According to a an Asia Times article titled “Suicide also rises in the land of rising sun” the suicide rate for elementary and middle-school children in Japan rose 57.6% from 2001 to 2002. The high suicide rate is an indication of the growing sense of helplessness and lack of purpose in the youth of Japan. Another grim trend is violence among the very young.

Through the last half of the 20th century, Japan was noted for its lack of violent crime, even in the cities. In 1997 however, a 14-year old boy shocked the nation by cutting off the head of an 11-year old student and leaving it at the entrance gate to his school. Since that time violent incidents among young students and even hikikomori youth have occurred with startling regularity. An article in the Washington Post in August, 2004 states:

Incidents of violence on school grounds have increased fivefold in Japan over the past decade to 29,300 in 2002, leading the national Mainichi newspaper to warn of Japanese schoolyards descending “into battlefields.” Violence by younger children in particular has risen rapidly, with the number of minors under 14 processed for violent crime increasing 47 percent in 2003 from a year earlier. One study by a children’s research institute found that as many as 30 percent of high school and middle school students had experienced sudden acts of rage at least once a month. In response to rising youth crime, Japan lowered the age for criminal prosecution in 2001 from 16 to 14 and might lower it further.

Along with the increasing violence and escapism in the youth, there is a rapidly growing immorality problem. For years, Japan has been the largest sex industry market for Asian women. Japanese men constitute the largest number of sex tourists in Asia. Researchers at the University of Rhode Island website report this about Tokyo:

The following is from a collection of facts on Japan at a website at http://www.uri.edu/artsci/wms/hughes/japan.htm called “Factbook on Global Sexual Exploitation” under the heading Japan. Enjokosai, or enko for short, which means “teenage girls’ compensated dating” is a new word coined to describe the large number of teenage girls who are working for dating services, phone clubs or simply on their own, to offer prostitution services to older men. Researcher Fukutomi Mamoru has done detailed research among Jr. High and High School girls and found that reasons for engaging in this form of prostitution include being “too lazy to work”, the “trend to have brand-named goods”, and even that there “may be a certain glamour in being involved in enjokosai… Enjokosai has become fashionable.”

This is a key generation in Japan. The four trends above clearly indicate that there is a generation in Japan right now that has lost its purpose. The secular authorities and experts have no solutions for the gross darkness which has overtaken the youth of Japan. The promise of a rigorously structured life of service to the company and duty to society holds little attraction to the youth of Japan today because they have seen the spiritual emptiness of the previous generations. This has led to an unprecedented “dropping out” of an entire generation into a life of parasite singles, escapism, immorality, violence and even suicide.

The Bible promises that the Church will have answers for the problems in Japanese society today, and that the “nations will come to her light” (Isaiah 60). This is the opportune time for Japan, the moment when there are felt needs that can be met by the Church. In this new generation of crisis, the church must redouble her efforts to reach the youth of Japan. 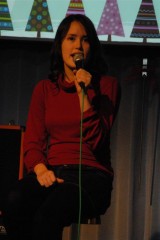 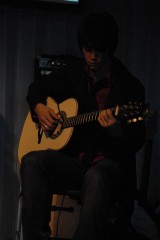 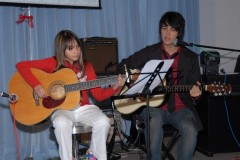 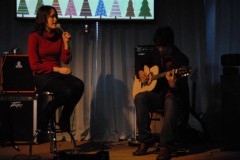 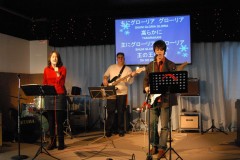