I haven’t seen the new movie Fury yet but it sounds like a great war movie. I am a World 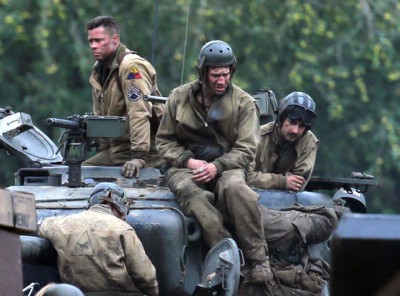 of Tanks fan and I love war games. But real war is not pretty, or fun, or exciting. There are many realistic depictions of battle and war in movies like Saving Private Ryan, Black Hawk Down, and The Hurt Locker. So we have a small idea of what war is like and its definitely not a game. Most of us grew up in a generation without the draft – and we currently have a free choice whether or not to serve in the military. But if you think this means you are not already at war right now, wherever you are, you are sadly mistaken.

You are in a battle that has been waging since the beginnings of human history. You were born into it and you have no choice in the matter. The final outcome of the war has never been in question. But there is still the matter of casualties along the way. The enemy wants to inflict as much damage as possible out of spite. If he can pull you down he will. If he can take your entire generation down, he will. It won’t change the fact that he lost the war, but his only purpose left is to steal, kill and destroy whatever he can.

The battle I an talking about is being waged quietly. It is a struggle for heart and soul. The battlefield is your mind, and the enemy is sin. This enemy is real and the battlefield is just as dangerous as any you have seen in war movies. So be warned – you are at war and your enemy is working hard to kill you. You’d better wake up and start to fight back. 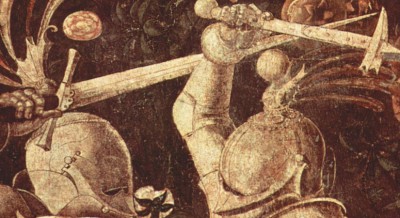 The battle is real, it’s intense and it is costly. But I have some good news. We can win this battle. So don’t be discouraged. Take heart. If you have been defeated by the sin of lust and addicted to pornography in the past, it is time to get free today. It really is possible. The fact is, we have some very effective weapons at our disposal – we just need to use them. I’ll try to lay out three of them right here. If you are struggling with temptation and lust, read about these three weapons slowly and – most of all – ask God for help. Once you enlist on God’s team you will always be a winner.

God tells us in the Bible that if we take up the shield of faith, we will be able to quench every fiery dart that the enemy shoots at us. So accept that God is God and the battle is ultimately his. Think about this, do you really believe that God is the one who judges and decides what is right and wrong? Do you believe that God is stronger than sin? I hope so. Faith is believing, even when you can’t see a way out. But God has promised us a way out. Not only did he promise it, he sent Jesus to prove it by living a sinless life, dying on the cross, and rising again with eternal life.

According to the Bible, there shouldn’t even be a hint of immorality in our lives. That is God’s standard and it is non-negotiable. When Jesus said the famous words, “You have heard that it was said, ‘You shall not commit adultery.’  But I tell you that anyone who looks at a woman lustfully has already committed adultery with her in his heart,” he was setting a very high standard. Real faith has to admit that God’s standard is non-negotiable. He is the judge – no matter how bad that makes us look. The first step is to admit honestly that we have a problem.

Does that mean we have lost the fight? No! Ever seen Rocky, or Cinderella Man? The best fighters take some hits – sometimes they even get knocked down. But they don’t stay down. The Bible says that  there is one big difference between those who have faith and those who don’t, “…Though the righteous fall seven times, they rise again.” So believe God 100% when his word says that looking at porn is sin, but also believe him 100% when he promises that you CAN walk in victory, “No temptation has overtaken you except what is common to mankind. And God is faithful; he will not let you be tempted beyond what you can bear. But when you are tempted, he will also provide a way out so that you can endure it.”

Many voices tell us today that any attempt to control your sexual urges are just old-fashioned and hold you back from true freedom and happiness. That is a lie. You were 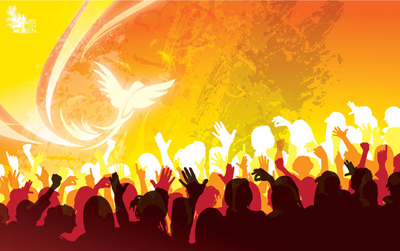 destined for victory over all forms of bondage, including lust. It is possible to overcome and walk in purity and freedom from bondage if you walk in the power of the Holy Spirit. The Bible tells us, “Do not get drunk on wine, which leads to debauchery. Instead, be filled with the Spirit…” The only way to overcome the lust in your own heart is to allow God to change it. You can’t change yourself but Jesus can change you. He promised that God would pour out his Holy Spirit on everyone who asks for it and receives it by faith so that we could walk in God’s power and not just our own. 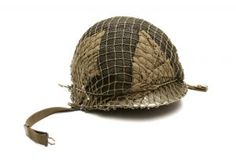 like you. He walked through this life without sin the way we were supposed to and then he voluntarily suffered and died to take the punishment for the bad things we did. On the third day, he rose again in the power of God to bring new life to anyone who would believe in him. If you want to believe in Jesus to save you instead of trusting yourself, just begin talking to him by faith right now – this is what the Bible calls praying. Jesus knows what you are going through and he hears you when you call out to him.

Being born again is almost like taking the red pill in the movie Matrix, except that when God opens your eyes you realize that life is more wonderful than you thought. Life is not a purposeless repeating cycle, or a random accidental evolution. Real life is full of wonder and purpose because God is awesome and he made you for a purpose. The first step in your eternal destiny is to go through the “boot camp” of this life and learn to take your orders from Him.

If you are ready to accept God’s marching orders for your life and you want to start fighting the good fight, you need to find a church that has others in it who are following Jesus. You can tell if they love Jesus if they love His words and obey them. None of us are perfect like Jesus, but when we follow him together and obey his orders we are much more powerful than on our own. I can recommend my own family of churches, Every Nation. I am encouraged every day by people from my church who are following Jesus together with me. There might be an Every Nation church near you too. But there are many other great churches. The important thing is to ask the Holy Spirit to help you find a church family and then obey his orders. Remember you are on the winning side now. Don’t give up. Someday soon we are going to have the biggest victory party ever. I hope to see you there!

If you read this far you probably realized that I am very passionate about all this stuff. I hate seeing anyone dragged down in life and not finding the true joy of knowing God’s love. I don’t deserve it, but God came and helped me when I was lost. If you want to email me about any of this, you can always reach me through my blog here. I’d be honored to pray for you and I’ll do my best to steer you right. Drop me a line.